Chat with us, powered by LiveChat Free songs 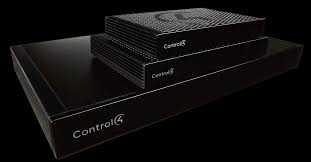 CE Pro Editors · July 26, 2016
It’s official; CEDIA 2016 is almost here. Our first clue was the news that Amazon would present the Friday morning keynote on September 16. And now CEDIA has announced its Best New Product Award finalists for 2016.

Each year, winning products are selected by a panel of home technology professional judges for their innovation and value to both the integrator’s business and the end user.

Winners will be revealed at a press conference on Thursday, September 15 at 3:00 p.m. in the CEDIA booth (#4710). Winners will also be recognized that Thursday evening at the CEDIA Celebration, hosted at Gilley’s Club in Dallas.

The CEDIA Celebration is open to all CEDIA 2016 attendees. It will recognize the award-winning work of CEDIA members and provide a venue for all attendees to enjoy a true Lone star experience with cocktails, BBQ, live music and a mechanical bull.

More details on each product can be found on CEDIA’s website.

In this piece, “Amazon Echo at CES 2016 and Beyond: The Next Big Driver for Home Automation,” we noted that the biggest detractors of voice control are the folks who have never tried Echo.

The P5 was announced last year at CEDIA as the “world’s smallest 5.1 system.” It included the emerging wireless WiSA standard for wireless surround, but the company decided not to include WiSA in the first shipping product. At Essential Install Live in England last month, the company says it will ship a WiSA surround product with companion wireless subwoofer later.

The eSeries is Autonomic’s new line of more affordable media streamers. The product has been shown at a handful of tradeshows over the past year but will make its formal debut at CEDIA 2016.

Control4 set a new standard in home automation products by including high-resolutional audio and built-in Ethernet switches in its new EA line of controllers, starting at $600.

Best known in the commercial world, Dataset entered the residential business a couple years ago with the RS20i preamplifier/processor. Reviewer Bob Archer wrote back then, “Datasat has redefined home theater performance for me.”

Cancel reply
Prev Post
Next Post
Schedule an Appointment Now What is Smart Home Automation? What is Control4 Anyway? Control4 vs Savant Systems